US Federal Reserve Thinks about Thinking about a Digital Currency

US Federal Reserve Thinks about Thinking about a Digital Currency -https://ift.tt/3B3wuz4 – 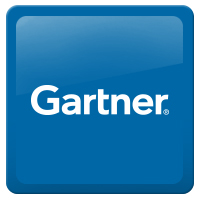 In the papers today (see Fed Launches Review of Possible Central Bank Digital Currency) there was news of a report from the Federal Reserve that suggests it is thinking about and exploring the pros and cons of a digital currency. Given the progress made with electronic currencies the world over surely it’s a matter of when, not if, with respect to a digital dollar.  At this point some other central banks are already working with digital currencies.

From where I sit a digital dollar is actually a big yawn. The digital aspect is pretty much already with us. From a consumer perspective I hardly ever see notes and coins. If you travel in China, even 5 years ago,  you paid for almost everything with your smart phone. The West is actually behind the East in this regard.
What is Currency Used For Anyway?
From a business perspective the story is pretty similar in that many organizations don’t actually use cash that often. It’s all credit, debit and electronic transactions. Many dollars are already digitized.  The real and more important point concerns the financial implications of currency that operates differently to the one already in use.

What if the Federal Reserve became a regular bank that had deposits that you or I could hold? That would put the Fed in direct competition with regular deposit banks. That has a big impact on us, the economy, and how it works. Regular bank use might decline as a new source of “ultimate” trusted dollar is available.  There would in effect be a two-tier currency: a preferred digital dollar with the Fed and a second class dollar with the wider economy.  That sounds messy.

The real challenges come from the idea that a new currency, digital or not, might be issued by a central bank that is different to the base currency used across the economy. If this is not backed the same way as regular currency, there will be problems, just as they existed before we had fiat currencies and central banks. And yes, the world did exist before with multiple currencies in a single country. It can work. But that’s not the point. The point is that a new currency backed by a central bank that is guaranteed differently to the nations base currency messes up the current banking markets- simple as that. The digital label here is just noise.
Central Banks and Banks
Today the relationship between the US central bank and clearing banks and others is all electronic anyway. The central bank rely on other banks to implement and communicate its polices. With a separate currency that relationship will have to change.  So the digital word only seems to have impacts on the idea that a new stakeholder, the Fed, might do what other banks and authorities already do: monitor transactions; control money supply; operate deposits. Other than that, it’s a bit ho hum.

For me this is a classic case where a new use of technology appears to some as something totally new. It’s not. What we should be discussing is not the use of digital currencies per se. We should be doing that already. The real discussion should be about policy and banking business models. Unfortunately for that we would have to rely on politicians and those we elect. Now that’s a wholly different and more unsettling idea.

Have a great weekend.